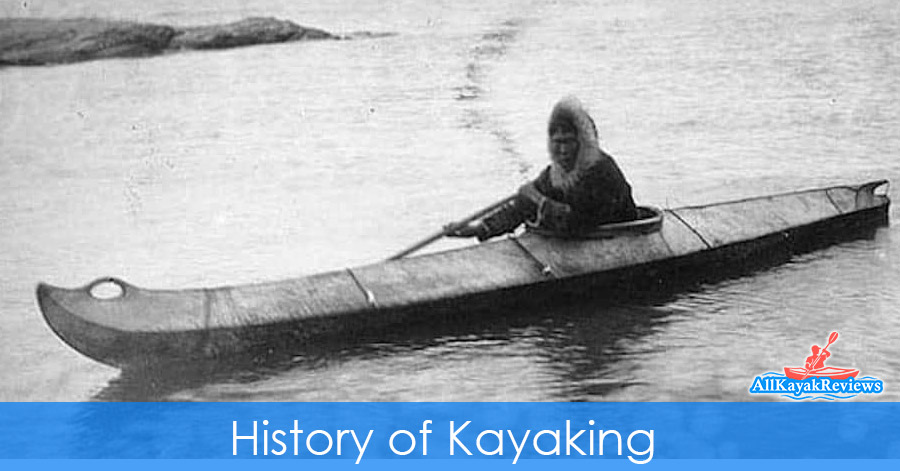 An Introduction to The History of Kayaking

Kayaking has a fascinating and surprising history that many people are unaware of. They have changed dramatically over the millennia, but the overall design and concept have remained relatively constant.  Let's take a look at kayaking, its history, and some interesting facts about kayaks.

The origin of kayaking can be traced back to 7000 to 9000 years ago to the Neolithic period. The first kayak was a crude design built by the Inuit and Aleut people to travel quickly across the water. Early kayaks were primarily used for hunting, and the word kayak means hunter's boat. The kayaks were first developed in northern regions of the world for hunting and travel.

Over the years, the kayak has undergone numerous transformations with each epoch influencing its design. The first design included a small deck in front of the seat, and it was used for ice fishing and hunting on the floes. Later, designs had a larger body that could carry more passengers, which was popular during the European exploration period in North America.

What Materials Were the First Kayaks Made of?

The kayaks of the late 19th and early 20th centuries were made of wood, but their covers were made of canvas or plywood instead of animal skin. Modern-day kayaks consist of a spray deck made of waterproof synthetic rubber that fits snugly over the cockpit rim and body of the kayak. In the early days, kayaks were not made with the strong and long-lasting materials that we use today.

Kayaks boast a 5000-year history. Some of these old boats can be seen at the Museum of Ethnology in Munich, Germany.

Yupik and Inupiak hunters constructed traditional kayaks off the coast of Alaska in the nineteenth century. Native cultures in Alaska developed the baidarka, which had a double or triple cockpit for hunting and transport.

Sea kayaks have been around for at least 5,000 years in the Arctic, Canada, and British Columbia. It is a fitting tribute to the arctic peoples, who built the first sea kayak, that it is still the world's most popular self-propelled watercraft today.

The coast of Siberia was almost certainly the birthplace of the kayak. A skin-covered, wooden boat called the umiak is believed to have been first used by Siberians. The kayak's covered deck made it more seaworthy and capable of shredding waves. Furthermore, several native groups developed the ability to roll capsized kayaks back up. Both the umiak and the kayak coexisted, filling useful transport and hunting niches. Despite being the birthplace of the kayak, the Siberian Coast has very little archaeological evidence of the covered kayak.

As both of these groups lived in mostly ice-free areas, it shouldn't come as a surprise they perfected their designs. People living in parts of eastern Canada's Arctic and on Baffin Island had access to open water for only a few months of the year. The kayak design received less attention than sleds or houses due to necessity. The arctic pre-contact period saw 40 different designs employed in Canada, Alaska, Siberia, and Greenland, designed to meet specialized hunting, transportation, and environmental requirements. Kayaks were used to hunt marine creatures such as seals, walruses, and whales in the sea, as well as caribou in rivers and lakes.

First, the Aleutians and their sea kayaks were encountered in the 1740s by Vitus Bering and a group of his Russian explorers. They came back mostly to trade, particularly furs, which were in high demand throughout Europe and Asia. The Sea Otter's fur was particularly valuable. The Russians took advantage of Aleutian kayak hunters' ability and mobility, and they were transferred onboard ships to be utilized for Sea Otter hunting.

Based on its age, the kayak was by far the most advanced, hydrodynamic watercraft on the globe at the time. Even the early Egyptian boats, which provided the foundation for the pyramids, lacked the ancient kayak's architectural strength. In the 21st century, sea kayaks remain one of the most popular self-propelled watercraft in the world, a testament to their creators.

As Russians, Europeans, and Americans imported sophisticated ships and boats in the early 1900s, the traditional sea kayak faded away. The number of traditional skin kayaks is falling, and knowledge of how they're made is also vanishing fast.

Kayaks were later built using a variety of materials and techniques. Pine frames with birch bark skins were made, similar to the Canadian birch-bark canoe. Unlike previous animal skin sit-in kayaks, these kayaks were low to the water and had an open top. Surprisingly, the original kayak designs are very similar to the sit-in kayaks. As a result, several new kayak designs appeared on the market.

Adolf Anderle was the first person to kayak down the Gorge in 1931. This could be considered the birth of modern white-water kayaking. As a result, the International Scale of River Difficulty was developed, the same classification system that is still used today to classify river rapids. The earliest kayaks show that they were designed to be the size of a hunter for maximum maneuverability. 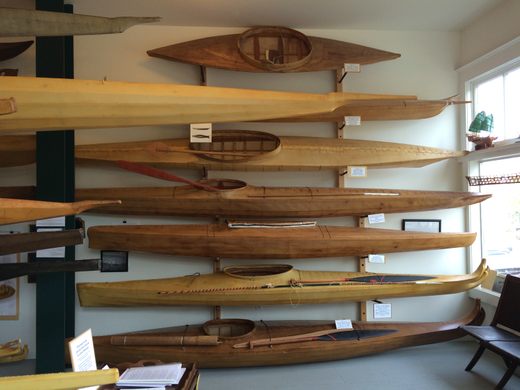 The Lincoln Street Kayak and Canoe Museum in Portland is the only place to go if you're looking for the world's most extensive collection of traditional and ancient kayaks. These magnificent boats were created through creativity and craftsmanship at the museum. Kayaks were particularly popular among adventurers who explored the cold waters of the north and south poles. They also built larger kayaks known as Umiaqs, which were up to 60 feet long and used to transport entire families and their belongings.

Kayaks in the Modern Era

Today, many Arctic peoples have almost abandoned or forgotten traditional kayak culture. Around the turn of the century, Europe and North America began to use kayaks in new ways. Perhaps the art of kayak building is no longer practiced or is too difficult for the next generation. Although the traditional kayak was designed for sea navigation, modern kayaks are primarily designed for whitewater rafting.

Kayaks with their firm short deck made it possible to navigate previously inaccessible rivers. By 1990, the popularity of this sport had attracted a large number of young people. Kayaking became more appealing for beginners on calm lakes and rivers because it was more maneuverable. Motorized boats quickly surpassed kayaks and other types of boats as technology advanced.

Here are some interesting kayaking facts you have to know about kayaking:

Kayaking will continue to grow in popularity around the world as adventure sports expand and more people seek out life experiences for their thrills. The activity strengthens muscles and refreshes the mind and also it is best for both individuals and groups of people.